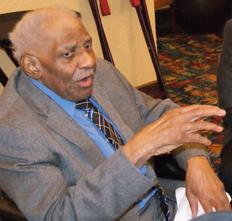 The Griot emerged from West African traditions as a storyteller, historian, chronicler and keeper of the timeline. The Griot in short, remembers through word and song all of the important events and experiences of a particular community. The Griot holds sacred the collective memory of a community preserving it for future generations.

Born in Joliet, IL and a longtime Chicago resident, Meade speaks fondly of growing up in the time of Duke Ellington, Nat Cole, Pat Patrick, Louis Armstrong, Clark Terry, and many other pioneers and innovators of the day.  Donald Meade is a Jazz Griot, a timeless treasure; a musician, writer, producer and historian; Mr. Meade has a seemingly ordained desire to “…stop the erosion of music in public schools specifically and the American public in general.”  He said “this music is too important to take loosely.”  For eighty plus years, his energy and enthusiasm was contagious and he enjoyed nothing more than sharing his knowledge with others.  He was a life-long friend and confidant to many of the jazz legends and innovators, and traveled extensively with jazz giants such as Ed Thigpen, Ray Brown, Oscar Peterson, Milt Jackson, Cedar Walton, The Heath Brothers, Art Farmer, and Ella Fitzgerald, only naming a few.

His life paralleled the evolution of jazz music and culture. His love for music extended far beyond mere knowledge of facts and important figures. Meade’s re-telling of first-hand accounts has influenced jazz education. 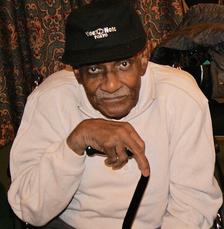 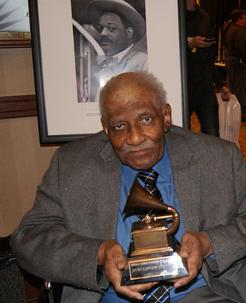 We encourage and ask that you make a contribution, monetary or in kind, to continue and advance the values and philosophy of Donald Meade

The Donald Meade Legacy Foundation is committed to recognizing and celebrating those who have demonstrated a dedication to jazz music, history and culture through the vehicle of the story.

The Donald Meade Legacy Foundation seeks to honor those whose unique voices make the story of jazz music more complete.